The hidden secret of staying healthy which doesn’t cost anything 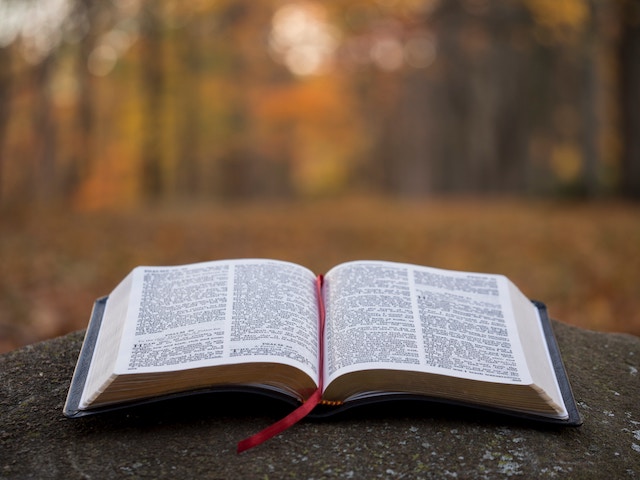 It has been 5 months since I stopped spending money on health-conscious products like supplements, organic food and natural cosmetics.

Some of the products might be safer than the one sold at a regular supermarket, yet I came to realize that this healthy lifestyle category is also created by Satanism, for them to make money off someone’s weakness.

When we get sick, many people go to hospitals to get medicines.
For some people like me, who don’t like going to a hospital, they tend to consume supplements and healthy food from natural food stores.

The Satanism has planned both ways to make money from many of us.

If you here the word of Satanism, some may wonder “what are you talking about?”.

We are taught to believe people are good (yes, I agree most of them are) and there is no such evil people in the world.

But unfortunately, we live in a world where Satanism is controlling.  Satanism is a group of people who worship Satan, and those people have very cruel rituals like human sacrifice and cannibalism.

One of the examples out of many of which were deleted or hidden from media as they are done by high-rank people in the society which own the mainstream media.

To proof the Satanism act, I found the court order from The International Common Law Court of Justice can be seen in the link below.

Is there Satanism? Elizabeth 2 and Pope 16 court order
(Original documents “http://itccs.org/” seems to be deleted.)

These high-rank people in the society are the one that worships Satan and killed 50,000 indigenous children in Canada.

In other words, if they don’t worship Satan, sane people cannot do such a terrible thing.

Stephen Harper who was the prime minister of Canada at the time was part of them.

People have no idea and even have time to seek the truth because people are busy paying bills and expensive taxes to those high-rank people who control us the way they want.

And people just absorb information from the mainstream media which doesn’t include the truth like the one above.

Some people may know about this, but they don’t say anything as there are scared.

And people were put in the situation of bankruptcy and still trying to be positive about this saying we have free health care (it’s not technically free), which is another scam.

They use the Revenue Agency going after people.  Even when people don’t own taxes, they will try to find any small mistakes to grab whatever they can grab from people to suppress.

And for those who are brainwashed by these Satanism, they don’t understand nor they want not to know or they have a strong belief of “Government doesn’t lie'”, when that is all that they do.

I found these Satanism people when my mom got leukemia. She had a course of chemotherapies for so many months in total 15, cost about $25,000.

Too much information short, I was caught up in the maze of this society and couldn’t help but wonder what is the meaning of life.

Often times these topics would have led to conspiracy theories so I became aware of the group of rich families in the world called Illuminati are controlling all the industries: banking, oil, diamond, medical, pharmaceutical, eastern medication, food and everything else.

They also use the governments’ to regulate and control the way they wanted like FDA for instance so that they can make sure to make people sick and make money from people who get sick.

A corporation like Monsanto (acquired by Bayers) is selling GMO resistant seeds together with a pesticide like Roundup which is known for causing cancer today.

Big corporations produce process food with food chemicals, GMO corns and the syrup, refined sugars etc., which are not good for your health yet they are sold in supermarkets.

And there are people who claim eating meat is causing health issues so we should be vegetarian.

Raising meat causing environmental issues so we should be conscious about it and be activism like Al Gore or David Suzuki.

Protecting animals brought a trend of being Vegan, which is created by the same group of people and many Hollywood celebrities (who are part of the group) like Natalie Portman endorse its thought as a good thing.

In fact, some vegan people create their career out of the vegan lifestyle and become YouTuber or blogger like Jennie Mustard (Swedish) or Ryoya Takashima (Japanese).

Ryoya Takashima is an artistic vegan food YouTuber, recently moved to Ayabe-shi, Kyoto as he had skin problems. This Ayabe-shi in Kyoto has the headquarter of one of the biggest cult religion groups called “Oomoto” which link to Shintoism as in Satanism.

Speaking of Stella and her father Paul McCartney was a member of Beatles and worked with Yoko Ono endorsing “No meat Monday”.

They are also part of the group so that they were to endorse the lifestyle of hippie which followed the macrobiotic diet and practiced Yoga/meditation, free-sex, LSDs, marijuana under seeking for love and peace.

Though John Lennon was one of them, he saw that the world we live in controlled by evil people.

In 60’s, the hippie movement became big followed by John Lennon and the Beatles member.

The Beatles were influenced by the Eastern thoughts of “Hinduism” and they actually went to India and practiced Yoga and meditation.

Yoga, meditation (spiritual), veganism, free-sex are the mutual things can be found in those cult religion group which were broadcasted through media and people saw them and thought that that was the right things to do.

Celebrities have been used to promote such a lifestyle so that people would follow to be somewhat trendy.

The macrobiotic diet is one of the examples to show that the thought is from a Japanese guy George Osawa who went to Franch and endorse the thoughts.

One of his pupils had gone to America and the first followers were the hippie.

The macrobiotic idea is applied yin and yang philosophy to food and it was kind of interesting to learn but is it a really a healthy lifestyle?

I haven’t fully convinced its idea especially the thoughts relate to cult religion groups which are basically becoming one of the people who worship Satanism whether everyone knows it or not.

As you can see now Illuminati has been controlling the world in so many areas.

But the confusion remained because the Illuminati 13 rich families looked different: some look Asian, some look caucasian etc.

But it seems that they are somewhat related to each other for thousands of years whose mutual thing is being Jewish who went against God and denied Jesus Christ.

Satanism makes people put in the situation or movement and categorized them to fight each other. Feminism women (witches, hippies etc.) fight against men, Veganism fights against people who eat meats, and LGBTs fight against Christian as an example.

Did you know Christianity today (whatever people would think) is created by the Vatican to manipulate Christianity of Jesus Christ, which was spreading in the world back in those time?

The Vatican (Satanism) was afraid of letting people read the bible which is the best book to read for people to understand what’s right and wrong.

In fact, while the Vatican has been tried people not to read the bible, they have been reading it very well to use the wisdom and knowledge against its means.

I used to suffer from the unclear world we live in.  Some say everything happens for reasons. There are more bad things happened than a good thing, no matter what I tried.

And when my mom got leukemia, why such a bad thing to happen to someone who did nothing wrong?

Why good people are treated like a criminal when they owe nothing to the revenue agency?

When I know the Satanism has been controlling the world, it became perfect sense to me.

I was never a religious person so I had no way of knowing the top secret is not even the Illuminati like conspiracy theories are somewhat disclosing.

Illuminati which worship Satan do human sacrifices and cannibalism is part of their things but it was about the dark secret they created: the manipulation of Christianity and what is written in the bible is the answer for people to live good to each other and to have a healthy mind.

This title of the article seems a bit of shocking at first, but it came to make sense to me and I felt so relieved after I read it.

This “Rapt blog” figured so many key accidents like Fukushima radiation plant explosion, and “cancer doesn’t exist” in a logical manner and simply well explained.

Rapt was able to figure things out because he has been reading the bible so many times.
(at least 40 times throughout old and new testament and 100 times for new testament itself)

He is able to see what is right and wrong because of it.

No one has given me this base of a human being.

People today are trying to find ways to make money and stay healthy.

Supplements from Amway isn’t the solution to make money and stay healthy.

Essential oils from Dottera or Yong Living aren’t the solution, which seems like growing within Churches where we are supposed to pray not selling or buying products.

Spiritual isn’t the solution either. In fact, it could be one of the scams that hard to get out from if people go in deeper and spend a lot of money.

People who mean well seriously need to aware of the truth which has been hidden for thousands of years.

For that, we need to accept that fact that we have lain for thousands of years.

Rapt blog taught me so much corruption around us.

“There is no nuclear nor radioactive bomb”

My father was in Fukushima when the 311 nuclear disasters happened.

Everything happens for reasons are kind of right.

So that Rothchild and related people are able to occupy the land?

So that the government-related big corporation makes money in a situation?

Like the finance minister Taro Aso one of the Illuminati members owns a concrete company so building high walls for Tsunami and making money off?

For me, everything happens for reasons for me to wake up.

It may be too much to take in the corruption but this is the truth.  There are such evil people out there.

Rapt theories clear that confusion up.

I understand now the true purpose of believing a religion. The real religion is to clear our mind up and understand what is right or wrong so that we are able to think, think faster and be able to comprehend complicated things.

I no longer need any expensive treatment or medication or spiritual therapies.

Finding truth is what it takes to stay healthy.

Rapt blog is my bible on top of the bible.

I do hope people are finding the truth and being helped from it.

Why many celebrities follow Vegan life? Relation to cult religions and risks

This site uses Akismet to reduce spam. Learn how your comment data is processed.