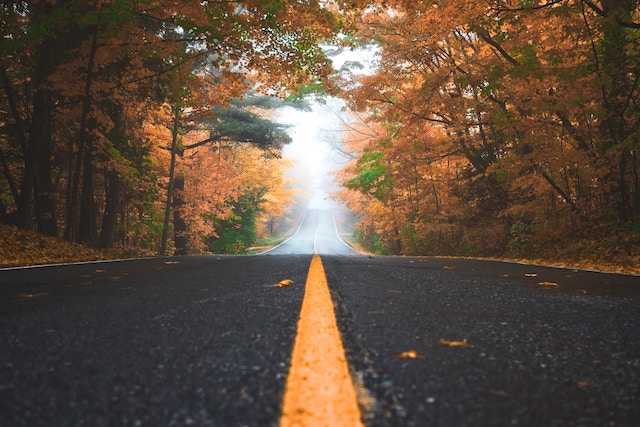 “People learn the hard way.” is a common life lesson everyone knows. Unfortunately, that doesn’t mean that we know how to avoid a situation or a problem.

Most of us probably have our own examples to show about it learn something when we hit a wall.

In some cases, even we hit a wall,  we don’t learn and we try to run away from a problem instead of facing it.

If we don’t face a problem and try to solve it, it never is solved. In fact, it gets bigger and bigger enough to put ourselves into a maze where we don’t know what to do but escape from reality.

And we tend to accuse everything onto someone or something and justify our own thoughts is I guess a human nature.

And feeling a victim of the situation and become hopeless so that we just want to run away from the problem.

Good news is there is a way to solve problems, in fact, any problems can be avoided or solved by knowing the truth.

Rapt blog has taught me how it works to change our thoughts which are affected by Satan’s thoughts and this is the only way to live our life without being trapped by all kinds of scams and thoughts that could be the cause of problems.

Rapt blog – the way to the truth

First, what we should know is the world is all about fighting with Satan and Satan’s thoughts.

If I say such a thing most of you would probably say “what am I talking about?”. I get it as I was like that when I first heard the word of Satan and Satanism for whom there are people worship him, it is almost unbelievable.

One of the biggest lessons I learnt the hard way is moving from life in Japan to Canada in my mid-30s.

I was born and raised with the Japanese culture that I have never really liked.

During my school life over there, what we have been taught aside from subjects like language, history and math was “conformity” that includes no one really should outstand from others otherwise one will be hit.

I was a child with questions so that whatever school teachers say or my parents say, I was always looking for a reason to make sense. But of course, many of the things that I had experienced or questioned didn’t make sense.

I guess that the best way to describe the situation I was brought up is “it is what it is” so don’t question.

Time has gone by and I started attending college and when I was in the first year of two-year courses the bubble economy burst.

That event put students in a situation where it was becoming hard to get a job as many companies stopped hiring new graduates.

I wrote 100s of resumes by hand and put my pictures on them to get an interview. I was making a lot of phone calls to the HR department in many companies whether I could have gone to their seminars.

It took me a long time to find a job than the graduates year before of course, and even some of my classmates.

A few weeks before graduation, I got a job. But that didn’t mean that the job was something I wanted but started to make some money.

That is part of the culture back then; go to work for an office job at a company and find a husband and marry him within three years a thing for many women which was kind of weird to me.

I was commuting by trains with so many people who are squeezed in by the staff of each station was for sure overcapacity but that was the situation every morning and rush hours that I have never missed.

People were tired sleeping on the train if they sit while others fight about who pushes who.

I used to bring coffees for managers in a meeting room where it was smoky from cigarettes and piles of ashes, the smell I really hated.

In my late 20’s, a few married men wanted to go out for dinner and more.

As a woman over 30, and being single, the pressure from the society getting married and having kids started.

I have constantly changed jobs to get a better salary or learn something new as I get bored easily.

That only creates a bad image of me as a job hopper who can not stay working for one job.

And I have never been into thinking to have kids, I don’t know why but I guess I don’t have that maternal instinct.

With all kinds of cultural pressures behind, I have decided to move from my life in Tokyo to Canada where I had a good memory from my 20s.

And I have always wanted to live abroad where I can practice English was one thing I have been always interested in since I was 12.

What was I thinking to move away from Tokyo where I blame all the problems for the environment I was in.

At the end of the day, I learnt the hard way, really hard way for so many reasons.

What I have done is just running away from facing problems that actually within me.

It was immature of me to think that changing the environment is solving problems.

The problems actually within myself, my weakness and my thoughts affected by Satan’s thoughts.

I finally come to realize this since I started reading and listening to Rapt blog.

Out of many realizations I have had so far from it, one of the realizations regarding the topic I am writing now is changing our thoughts are the key to change our life for good.

People say, no one can change anybody’s opinion or mind so to change our minds are not that easy especially as we get older.

But it is possible to change our minds for good by realizing something by ourselves. In fact, this is the only way to change our thoughts.

It doesn’t require listening to someone nor talking to specialists.

It is just to realize the messages from the truth. For that, we have to first understand and admit our sins and/or weaknesses.

Because weaknesses are something that Satan is looking for in order for him to get into one’s mind and manipulate them.

Whether you like to believe this mechanism or not, when I put my experiences into this it just makes so much sense.

I was worried about my future and I was lost. I was feeling lonely and going crazy when I get the cultural pressure from people around me.

All of the feelings were my weaknesses at that time where Satan’s thoughts came into me. “Glass is greener on the other side.”

One of the most dangerous weaknesses I could think of is arrogance, ego, and pride.

Because they make people blind to see through what is beyond what they know.

No one is perfect and no one would be able to know everything. That is okay that way.

The important thing is not to be perfect, is to admit the sins we people have.

Once we can change ourselves by admitting our sins and open up for understanding truth, then we will be guided in the right way.

The realization is so real and we feel certain to feel “Nothing beats than truth.” Rapt blog will show you how to connect with the truth.

I hope for people to realize this truth and live their lives meaningfully.

Rapt blog – the way to the truth

This site uses Akismet to reduce spam. Learn how your comment data is processed.